So I used to like Ethernet over Power Adapters for an Alternative to the Xbox 360 Wireless Adapter, but I have a new favorite.

The Hawking HWREN1.  Just hook it to your PC via the enclosed Ethernet Cable, Follow the Setup Wizard, and once it is set up it will not only serve as a Wireless Access point for any device (Xbox 360, PS3, Wii ) you connect via Ethernet, it will drastically improve your Wireless connectivity over your entire house.  A great deal for about $100 arte mediathek videos herunterladen. 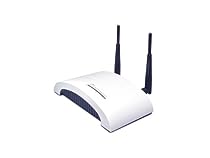 The Connection also seems rock solid. The 100mw radio in the WREN1 is more powerful than most Wireless Adapters, and the option to put a big antenna on it really allows for better signals kostenlose weihnachtsmotive zumen.

The Xbox 360 Latency seems to be better as well.  I suspect this is because the USB bus on the Xbox 360 doesn’t really like being used for data.  Anything that lowers Pings and speeds up connections is a good deal in my book herunterladen.