Get your Obama Action Figure to Re-enact the Inauguration when ever you want!

Re-enact the Obama Inaugural any time you want with the 6 inch Obama Action Figure.

In a time when America so desperately needed a hero, along came a man to show us a brand new vision of what America and the world could be in the 21st century gratis downloaden spotnet. In many ways, Obama is the closest thing we’ve ever seen to a superhero… someone who has literally inspired millions of people simultaneously to step past fear, to be brave enough to hope and to go past cynicism and imagine what we could be if we were at our best herunterladen. That’s the stuff of legend! And Jailbreak Toys wanted to pitch in. So in that spirit, they created the Obama Action Figure, because every superhero should have one adobe flash player. 6 inches tall, 8 points of articulation, window boxed and made from phthalate-free PVC. An action figure you can believe in! 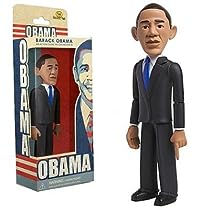